Game Spotlight – Druidstone: The Secret of the Menhir Forest 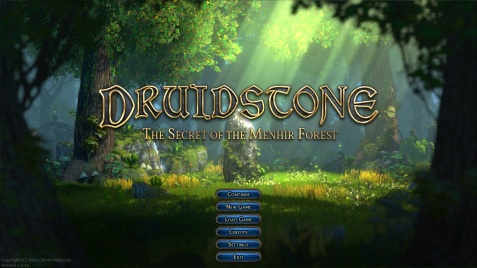 In 2012, company Almost Human released Legend of Grimrock, triggering a slight resurgence of interest in party-based first person dungeon crawlers, but by the time Grimrock 2 hit the scenes, the fad died out and thus the company had to return to the drawing board. With the main devs splitting off into their own group named Ctrl Alt Ninja, a new project named “Druidstone” was started. 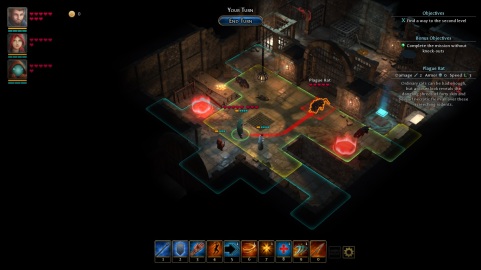 I suppose it’s getting a bit of a cliche now to say that any isometric Tactics game is probably going to be instantly compared to Final Fantasy Tactics / Ogre somehow, so it’s kind of refreshing to say that the biggest inspiration for the design of this game seems to be Into The Breach instead.

Just like ITB, rather than a variety of hodgepodge of stats of inscrutable stats, Druidstone uses mostly single-digit numbers allowing for simple math – for example, armor values, if it is present at all, is usually either 1 or 2, with damage values also in that range, making it very easy to determine how much damage you’ll do to a target and thus how many actions you will need to put him out of commission.

You’ll also find a wide variety of push, pulls, movement shifts and other such utility abilities that makes for very mobile battling, and instead of using global mana pools as with most Tactics games, each ability has its own specific number of uses and thus using your diverse pool of abilities rather than attempting to spam only one ability is encouraged. 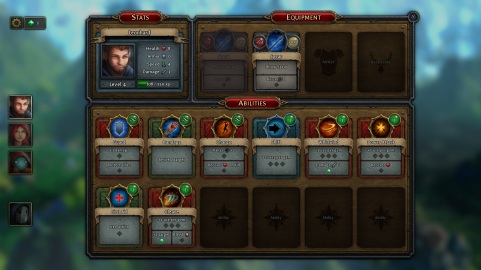 The character customization system should also be familiar to fans of ITB – rather than “power cells” that you insert into “parts”, instead you place “power gems” into your abilities, which will generally increase its numbers or unlock additional functionality such as a Defend ability having an unlock that allows it to guard adjacent allies as well.

Like ITB (and unlike most Tactics games), Druidstone allows you to reset your power gem allocation at any time, encouraging you to respec your builds for the upcoming stage rather than rely on mindreading the developers intent as to which abilities are good or bad and being punished in the long term for bad choices.

And there’s fairly good reason to do it too, because while ITB’s missions are all randomly generated, Druidstone follows the traditional hand-crafted stage design method and great pains have been taken to ensure that missions in this game are more than slapping down 30 enemy units on an open field and calling it a day. Whether it’s rushing to destroy a hive to stop its infinitely respawning bees, flicking switches to raise/lower bridges and walls, escorting a scholar from a pair of monstrous basilisks who will petrify units in range and so on, there’s generally several objectives you are suggested to achieve in a single battle, and attempting to wipe out every single monster rather than actively accomplishing your objective is generally a losing proposition.

However, as a bit of criticism, each mission also tends to have a “gotcha” moment in the middle where something unexpected happens. Now, sudden reinforcements or changes to the battlefield can certainly spice things up, but Druidstone’s design tends to mean that strategy involves very meticulous calculation and resource management such that a lot of times, these surprises will completely ruin your day and require a replay.

Still, at the end of the day, I do prefer strategy games that require thought rather than one that doesn’t… 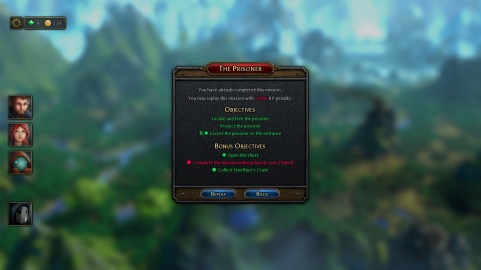 Uncharacteristically for games of this type, rather than making you grind missions repeatedly to gain EXP and level ups to beat the later stages, most of your power increases come from accomplishing the optional objectives – the XP penalty from replaying a mission grows with every replay and is rather inconsequential compared to the one-time rewards for said objectives.

What this means is that highly skilled players are encouraged to aim for as many objectives as they can on the first try while less confident players can use multiple runs to collect them one by one, which also encourages experimentation and different gear / ability setup in order to accomplish their goals. I believe it’s certainly the better design compared to tedious grind that too many games with RPG elements fall into. 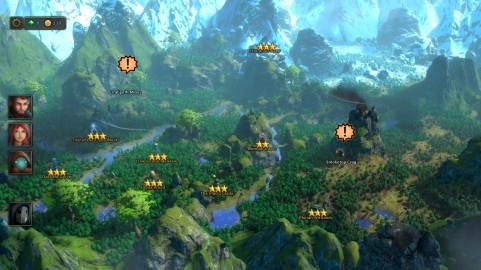 To end off this post, I’ll bring up the fact that if you’re interested in a fantastic audio-visual experience then this game isn’t really going to deliver on those fronts. While the graphics aren’t eye-searing, going back to the character equipment setup image, I feel that it’s very likely that the graphics was likely meant for a different card-based game given its surprising similarities to Hearthstone which does feel like a microcosm of the game development not having a clear goal for most of its life.

The music is also oddly unfitting at times, feeling like they should be in a JRPG instead. I remember having a mission that took place in a crypt beginning with a standard “spooky atmosphere” tune before bizarrely changing into a Ys-like rock banger halfway through, which is jarring, to say the least.

In fact, the game actually seemed to have gotten into trouble with accusations that the game had plagarized its soundtrack from Octopath Traveler, something I find unlikely given that it would be a pretty dumb idea to rip off a game that’s fairly popular and in public eye, but it spooked them enough to warrant certain track changes.

Oh and the story isn’t anything to write home about either.

Still, while those flaws would be a deal-breaker if this was a bog standard isometric tactics game, as a “gameplay first” person, I feel that they do not hold it back that much, so if you’re interested in a fresh look at the tactical genre, be sure to give this a look-see.

This entry was posted in Game Spotlight, RPG, Strategy. Bookmark the permalink.